I was commissioned by The Friends of Sligo Gaol to create a new portrait of Michael Collins in commemoration of his time imprisoned at the gaol 100 years ago. As artist in residence there I was able to spend time within the crumbling prison walls and soak up the atmosphere of the building that once housed so many prisoners, some political, some not, some with serious mental health issues, some merely children.

I researched the portrait both visually and through reading about the man, his life and his legacy. The main document that informs the final result of my work is Michael Collins diary, a day by day account of his time spent there, written in his own hand. The insight that the diary gave me was invaluable in the making of the portrait. Reading it I shared moments of utter despair and frustration with him as well as moments of pure optimism and hope. All this informed the nature of my work and I hope these qualities surface for the viewer. 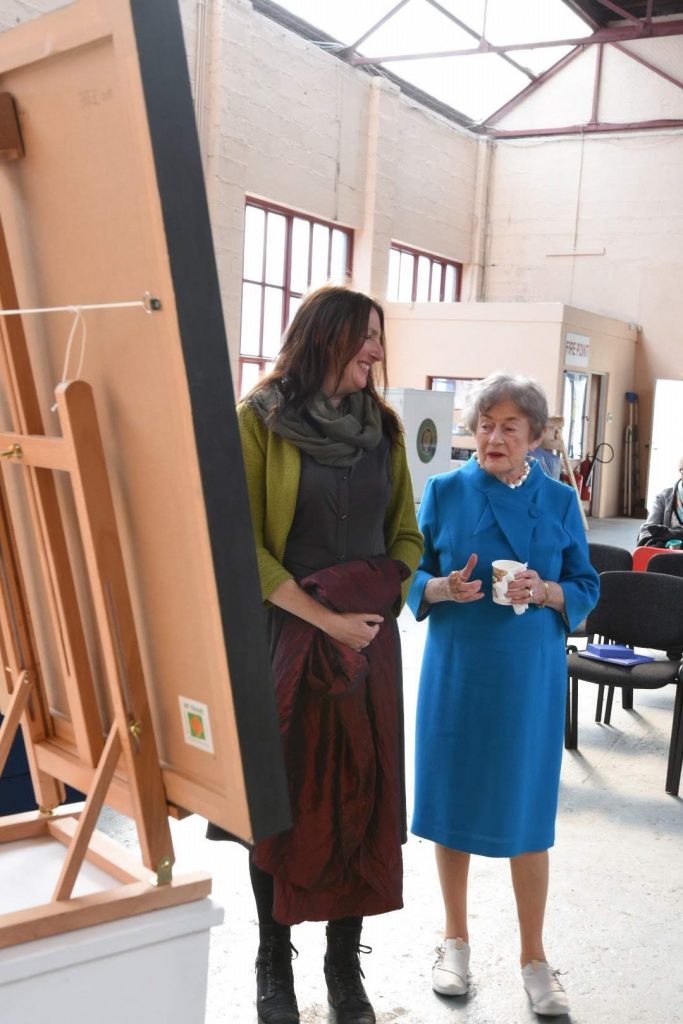 When I made the portrait I made a conscious decision to step away from the public image of Michael Collins, his military uniform or the trilby hat, crisp white shirt and tie and to depict a more personal side of him, to show the man who wrote the diary entries and in doing so allowed us take a look behind the high walls of his public persona. On being viewed for the first time the work received an enthusiastic response that surpassed my expectations. Mary Clare O’Malley describe it as being very ‘alive’ and in her speech announced that she felt ‘he could be standing behind me’. 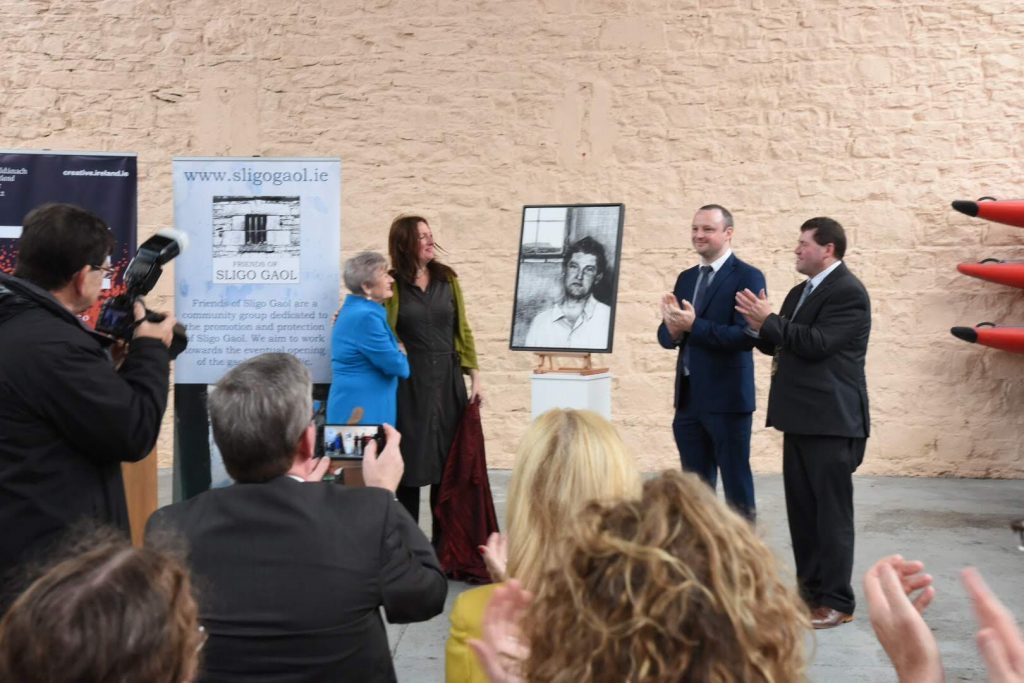 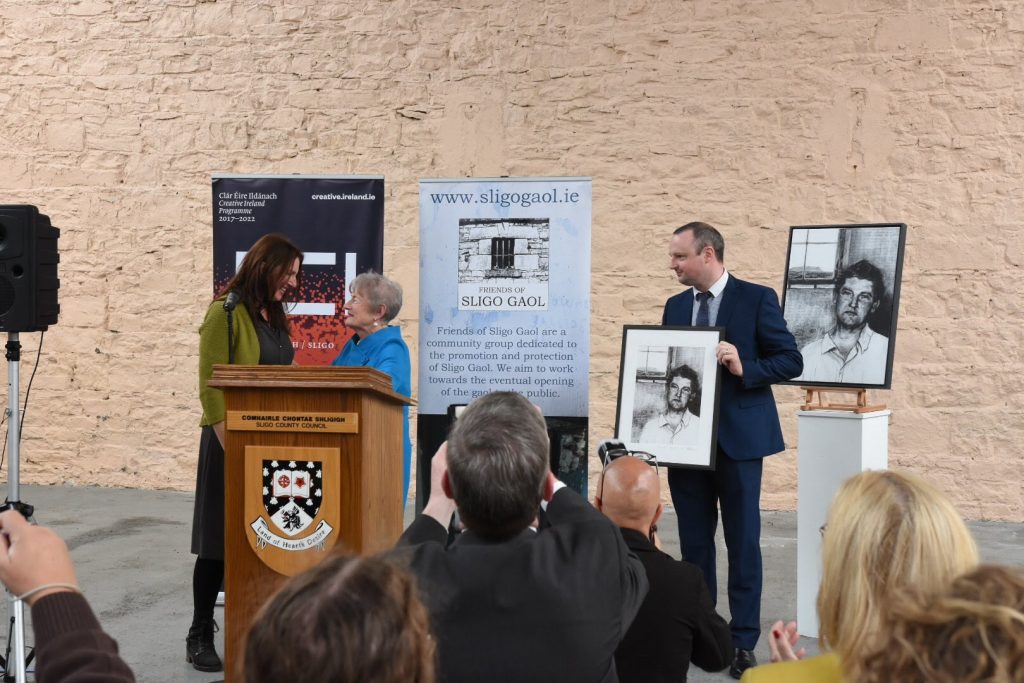 I wish to thank The Friends of Sligo Gaol for commissioning the portrait, Creative Ireland for funding it’s creation, the staff  at Sligo Library for their assistance and Sinéad McCoole and Grainne Blair for their support in my research. 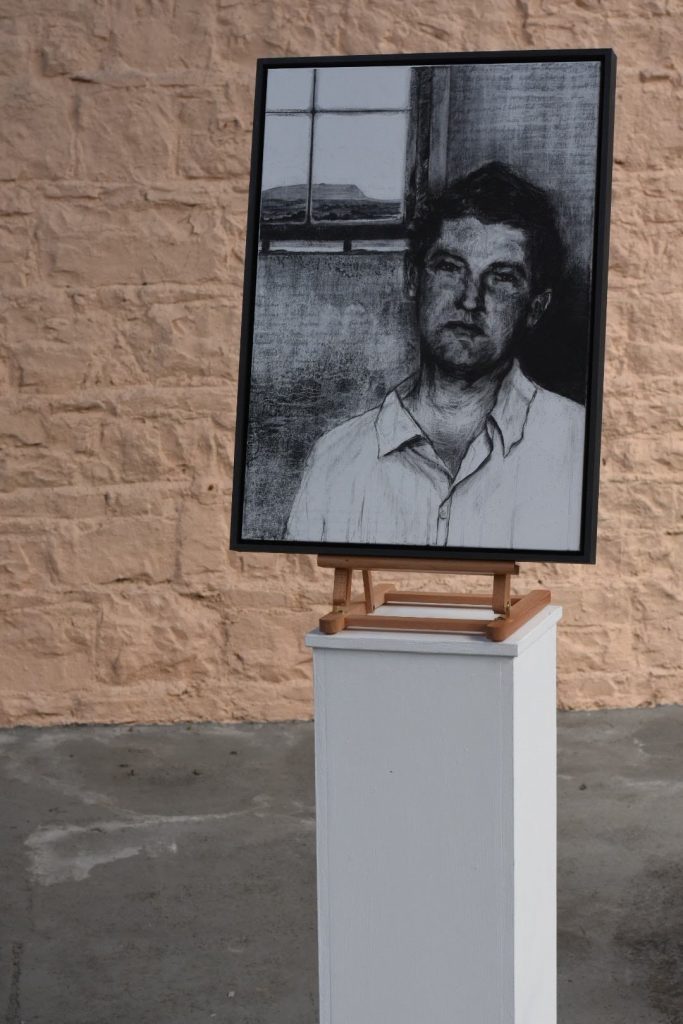