This group of paintings came about during a time when the media was filled with news of changes and events that would have global and personal effects….. Trump, Brexit, Le Pen, acts of terror, just to scrape the surface. While not intending to make political comment , I began to consider the idea of a loss of balance, a slip sideways where, despite our surroundings staying the same, changes are afoot. These sentiments are evident in the two paintings below – ‘Slow Turning World’ and ‘Familiar Unfamiliar’ 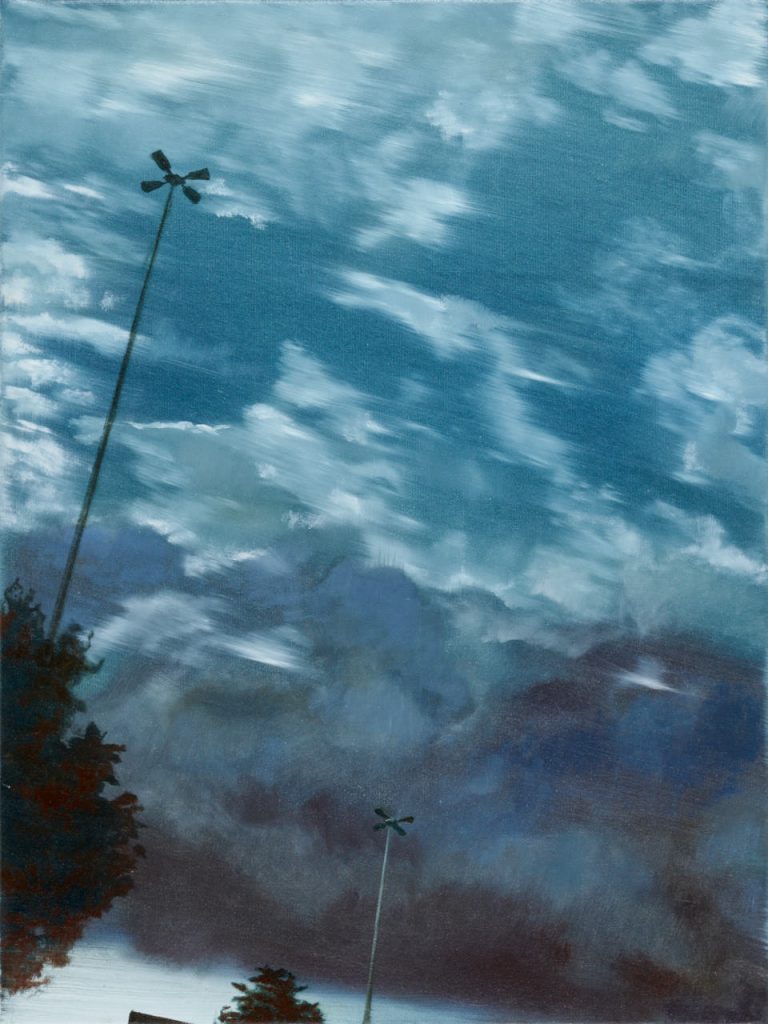 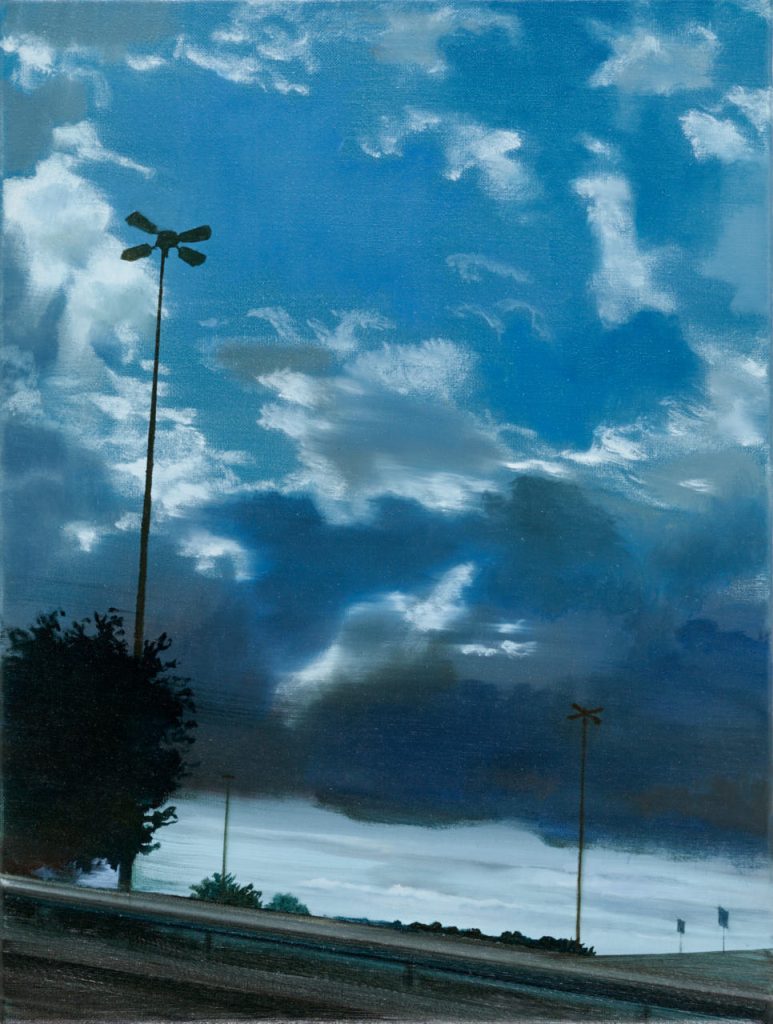 The idea of trouble brewing or the unknown potential of what change may bring, the idea of being able to see both pictures at once, being able to see the blue sky and  the coming turbulence were in my mind during the creation of  these pieces – ‘Sea Change’ and ‘Storm Chaser’ 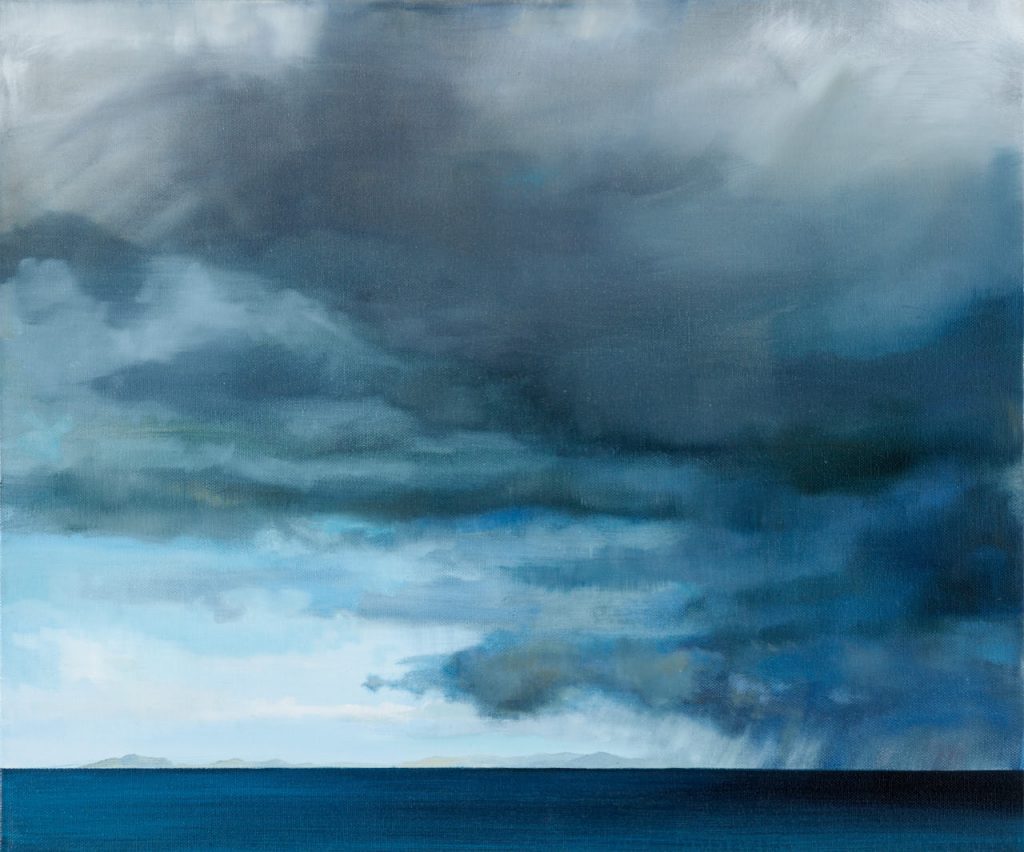 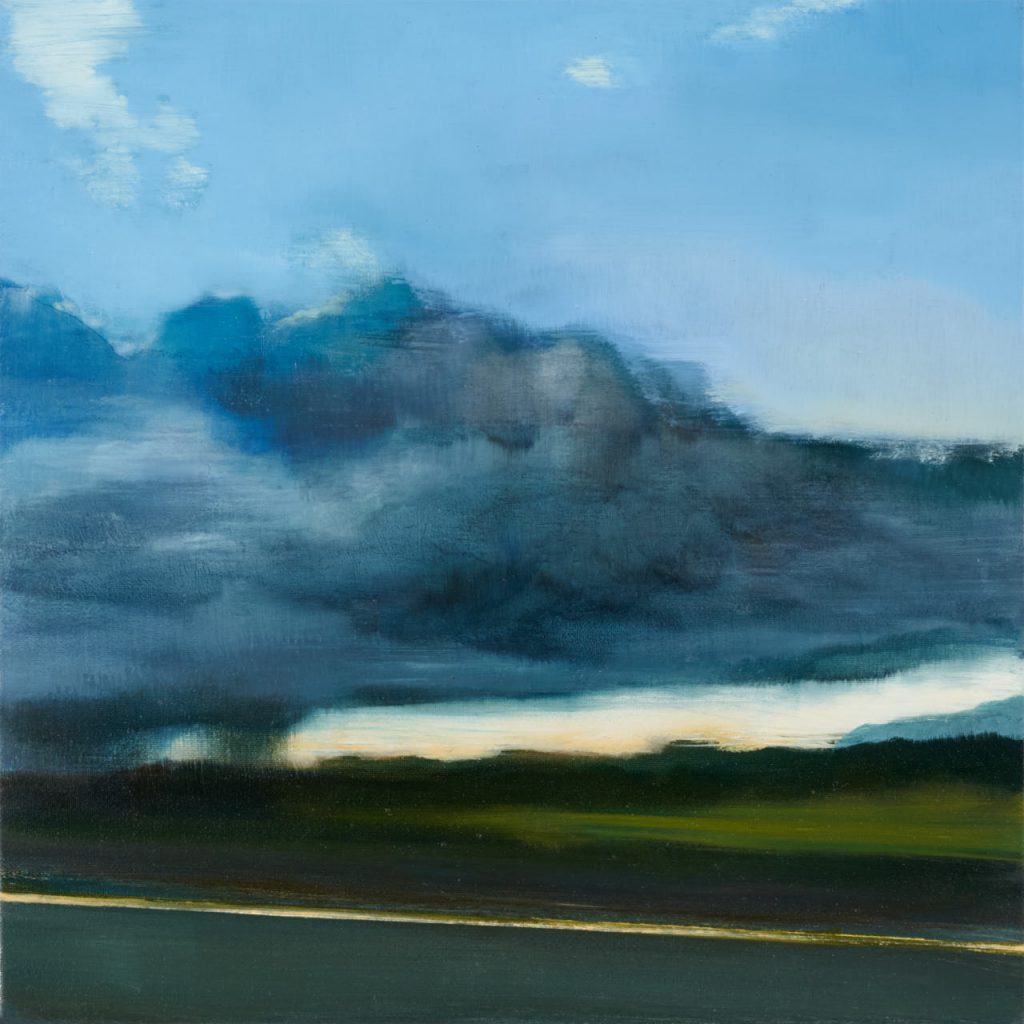 Living in Ireland’s Northwest it is easy to forget sometimes that the rest of the world is out there. In the painting titled ‘The Leeward Side’ my focus is on the idea of shelter, or safety, tucked between the mountains and the Atlantic ocean, far from the world depicted on the TV and in the newspapers.